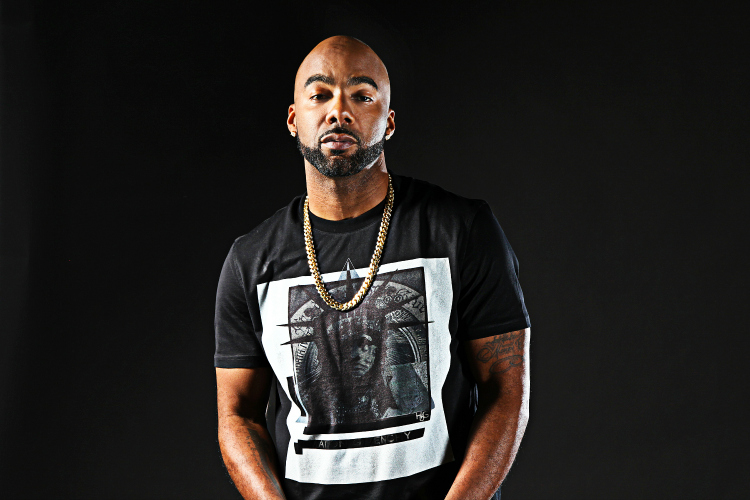 A look inside the current roster of talent formulating the rap industry today could easily leave fans disappointed. They would witness the misplaced presence of what can only be described as an overflow of mass-produced, cookie-cutter rappers lacking the genuine heart and passion from which the industry was built.
It seems that gone is the era when lyrics were deeply-rooted from a place the rapper knew personally…from situations and struggles that forced the emergence of that respected “whatever it takes” ambition.

But now, after what felt like an endless lull in fearless raw talent, a new face has emerged. A face with so much passion emitting from his veins, he has single-handedly triggered the rebirth of the coveted art of reality rap. With a hardcore dose of real life ripped straight from the streets, there is no denying the unmatched talent of rapper Eddy Fish. Also known by his respected street name Eddy Fishscale, this up and coming Boston-born-and-raised rapper has remained a concrete piece of the very city from which his lyrical catalog derives.
Eddy is currently on tour in the United States with famed Memphis rapper Yo Gotti. Gravitating toward loyalty, working with fellow rappers who appreciate and understand the imperative nature of realness and its rarity in the rap game is an absolute necessity for Eddy. His immediate connection with Yo Gotti solidified a strong working relationship as the two continue to collaborate. When it comes to Eddy, all of his words are raw truth. There is no sugar-coating with Eddy’s lyrics and there are also no excuses or apologies. Laying a blueprint for fellow Bostonian rappers, you can’t help but be immediately drawn to the genuine vibe emitted from Eddy’s natural charisma and flow.

Eddy has come a long way since his first days of rapping as a 14-year old freshman in high school. He is now a living and breathing example bio of what a genuine appreciation for the rap game truly embodies. There is no blockade strong enough to keep Eddy from sharing his much-missed style of rap with the industry. Eddy has set his career in high-speed motion, using motivation as a tool to encourage other kids from the streets to follow their passion and make it happen. With each word he spits, he shows that it is possible… no matter how much support does or does not linger over you. The struggle, the hunger, the hustle, the life…together, it’s all possible.

Certain artists have the ability to grab you and keep hold of you by the deepest pockets of your chest. Their words alone blended with pristine delivery are powerful, real and genuine. And in many ways, they are a release…not just for Eddy, but for his fans. His appeal to the world is his real life. He is a kid from streets. He is a kid loaded with inspiration, struggles, street drama, pain…and that’s the story he tells.

Every performance offers the crowd an escape from the real world and a look into his world. A relatable world. He brings more than enough talent to the musical roundtable, including that irreplaceable and rare connection to his audience.
Eddy Fish continues to come out swinging, using his gift of storytelling to keep you turning the pages to his endless catalog of work, as one of realest rap artists of this generation to grace the sound waves.