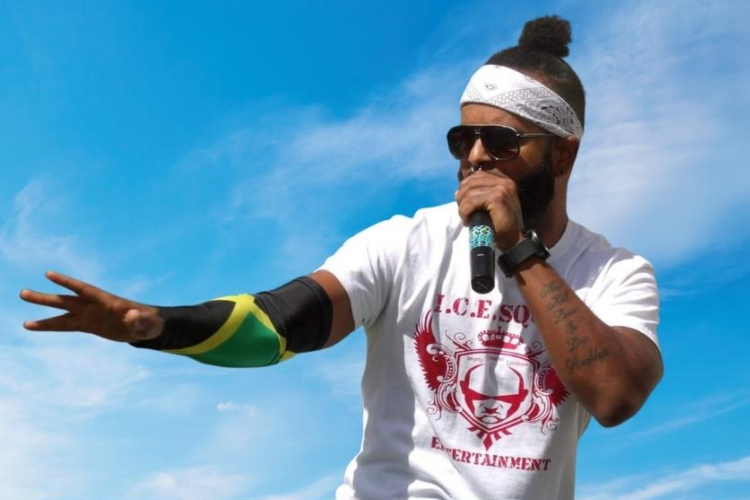 Born in Miami, Florida, of Jamaican lineage, ‘Blaze the Lion’, brings “that hype, no filter energy” to the Ice Squad Entertainment family. With influences from the New York rap genre, specifically, the 1998-2002 era, Blaze’s love for both fitness and hip hop merge and make for unique lyrical compilations. The artist, formally known as John Goldsmith, has been honing his skills since the tender age of 13. From his humble beginnings as a member of a 3-man rap group, Blaze’s talents have now extended beyond the mic… with capabilities ranging from the production of beats to engineering to personal training, he has proven to be multifaceted and never hesitates to try new things.

As 1/3 of the group, Ice Squad, Blaze the Lion, definitely pulls his own lyrical weight. With the inaugural single set to be released in January 2016, expect to hear words ringing with positivity, truth, and experience. Blaze’s past included a street lifestyle during his late teens and young adult years, as well as former marijuana use, all of which came to an end when he decided to adopt a healthier lifestyle and make a change for the better. This, coupled with his love of music can be heard throughout his verses on the upcoming singles. From the hard-hitting anthem “Squad Up”, to the smooth rap ballad “Show Me Your Mind”, Blaze pays homage to artists and styles that have shaped his lyrical library; taking us back while still introducing us to new thoughts and ideas.

Knowing where he’s come from as well as where he wants to go in his personal and professional life, Blaze the Lion asserts that while he has a well-rounded musical interest, the genre of Reggae is very influential to him and plays a “big part” in his music.

He further asserts that cultural music and live bands are good therapy, relaxing him and aiding in the creative processes for writing his material. “Johnny Blaze”, as he was known as early in his career, has adapted his style and lyrical content to meet the needs of today’s youth. The rap industry is traditionally filled with less than positive images and Blaze longed for an avenue to change that, one verse at a time. Strongly rooted in faith, he aims to display that good music can be clean, uplifting, and catchy.

Performing throughout South Florida, Blaze uses his platform and style of delivery to promote optimism, and variety and to show that personal transformation is possible.

He is super passionate about music, fitness, and people, and his fervor for each is evident when he touches the mic or hits the stage. While those who know him well would say that ‘John’ could be described as the softer side of his persona, he acknowledges that “Blaze” portrays his “tough, no-nonsense” opposite. When asked about the origins of his name, Blaze admits that the Lion has always been his favorite animal. “The Lion has attributes and certain qualities that I find relatable… leadership, strength, fearlessness, and respect.” These are all the things that he wants to come to mind when you listen to his flow and hear the lion… ROAR!!