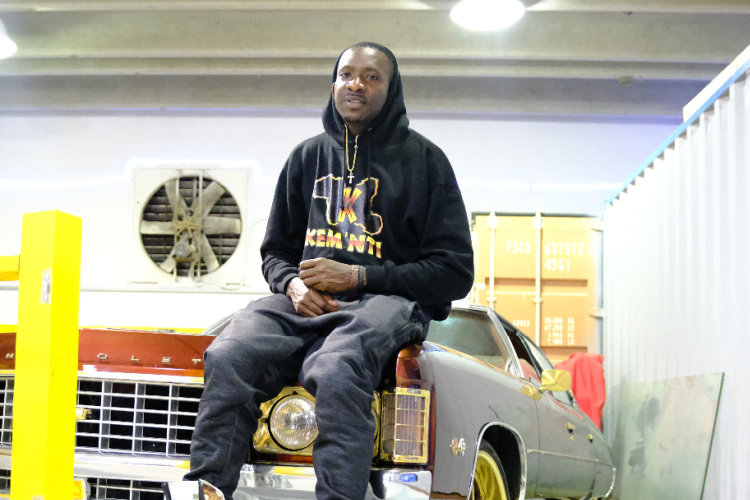 Mirando-US has things to say and messages to convey. “As a child, I wanted to do unique, different, inspirational things but I spent time doubting, asking myself random questions, and trying to find answers.” Why I would like to do music? Why me? What do I have more than others?

To answer all these questions, I’ll say that I have a taste to express myself, to be the front-line leader doing the show, I’m able to see Art everywhere and in everything. At the age of 5, I was performing in the neighborhood in my district of ”La Charbonniere” the most cultural and most popular neighborhood in Saint-Laurent du Maroni, French Guiana.
At the age of 10, I was going out secretly to dance at night and sing with my cousins and friends, in the underground nightclub of my uncle Didier who was also my neighbor. At college with my friends, I used to host the radio broadcast in the cultural center called CCL and we used to write songs and do rap freestyle in the studio. That was the place and the moment where I really started to read and learn about Rap Music, 2Pac, Jay-Z, and Snoop who remains my idol.

In addition, my father was a music lover and we were listening to his vinyl records when we were young. My two older brothers did music and practice the bass, the guitar, the drums, and the piano. The oldest one had created a local music band called Compress 220Volt, with some cousins and friends. The rehearsals were taking place at home almost every night. I was therefore influenced by this universe and by all this variety of music ranging from Zouk, Compass, and French variety. The music of my community called Aleke, Kaseko, Bigi pokoe, Awassa. The dancehall music Ragga, Reggae from Jamaica and the Ex-British Guiana. The RnB, the Rap, the Soul from the USA.
In fact, I think that I did not sing sooner because I was not confident enough and I had nothing to say before. Now,
I have experience and I felt like doing rap because dancing did not allow me to say all my feelings and thoughts anymore. My experience comes from 20 years of practicing and observing the evolution of the Hip-hop industry (especially urban dances and Rap Music). I’m confident now, and will officially release my own music in 2020.

I’m a rapper, a Leader, a Dancer, and a Choreographer in many different dance styles. I am a visionary. I’ve been on stage in France, French Guiana, the Philippines, Suriname, Brazil, USA, and I’ve performed for many famous artists. That’s how I know what facing a crowd feels like. My experience has taught me that many people out there want different, inspirational, and original entertainers, and I’m ready for that. My goal is to do Rap, Trap, Afro-Beat, and Dancehall in French, English, Spanish, Creole, Jamaican patois, and Djuka-Tongo… To sum up, I’m going to use all my cultural background to make a difference. Plus, we don’t have anyone from my community in the rap industry, so I must become the first Djuka, ”Surinamo-French Guianese-‘French” in the American US Rap game. I want to create my own music production company to help many youths of my community, to reach an international level just like the Nigerian artists because we have many talents out there too but no leader. What we need is some people who know the industry and the game, to show us the path and to manage us.