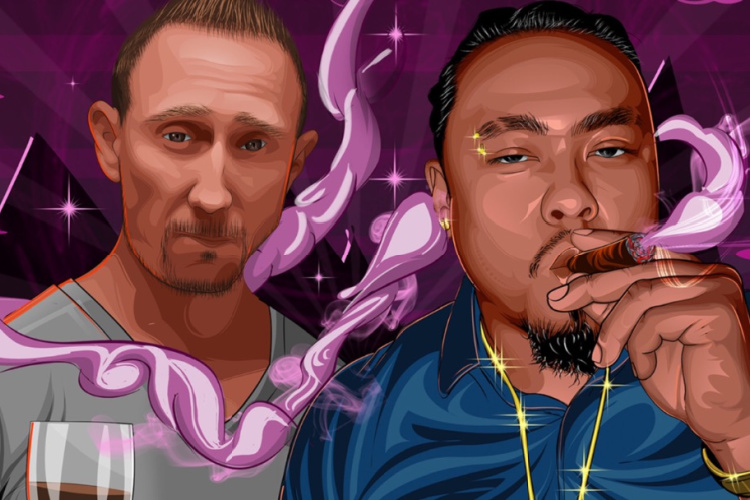 Posted By: Ben HopIn: Featured Artist
Print Email
Charlie Alpha Papa (Cap)  is a hip hop recording artist, producer, label owner, and publisher of Capishmusic based out of Albuquerque, New Mexico. The artist whose real name is Michael Capshaw, began writing poetry in high school, freestyling with his peers, and early on recognized his ability to be creative in hip hop music; a genre he would set out to master! After finishing high school, however; Cap joined the military and immediately went overseas to serve his country. After two years of military service, Cap returned to California and dedicated his free time to writing and recording music while still providing medical service to veterans in local military hospitals.
Within a few years, Cap had networked to local artists, producers, and other creatives to begin making compilation albums. To date, Cap has been featured on over 10 albums to include underground and store releases. His solo debut album, entitled INSIDE OUT;  continues to network all over the world with album sales from Australia to Zimbabwe. He continues to earn over 50,000 listeners per month and his latest album “Part of Me” released in July 2020 earned him 1 million streams and can be found at all major online distributors.
Social Media
Instagram: https://www.instagram.com/capishmusic/
Twitter: https://twitter.com/capishmusic?lang=en

Born in Olongopo City, Philippines. Marlon Fleming grew up in Brooklyn, New York but lived most of my life in Norfolk/Virginia Beach, Virginia. He is the oldest of five children. Marvalis’s father introduced him to music growing up, since then he never looked back.  As a child, Marvalis wanted to sing and rap because he saw his Father succeeding as a musician. The stage name “Marvalis” represents the acronym of his name Marlon. He often has the opportunity to write for artists such as Fase with the self-titled release Bedroom Swag.