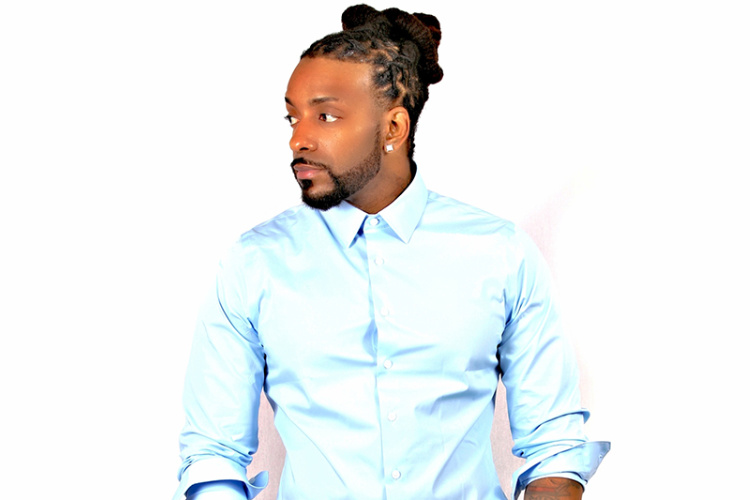 “YOU CAN’T MAKE IT” are words that ARE NOT in Ahmed “Dru” Yates vocabulary! Born in Germany in 1985, Dru is the Son of an Army Veteran, who a few years after Dru’s birth, separated from Dru’s Mother and left her and her five children to fend for themselves. Relocating to New York in 1989, Young Dru quickly discovered a passion for music as an escape from the world around him and as a means to express himself through song.

Dru’s Mother began to notice her Sons’ desire to entertain and frequently began entering him in local “Star Search” style musical competitions. She also often had Dru perform for family and friends at social functions and gatherings to aid in developing his confidence and stage presence. In 1991, in an effort to shield Dru and her other children from the life of the City streets, Dru’s Mother relocated her and her children to Kansas. Though this was a major geographical change for the family, Dru continued to develop his craft, and immersed himself into his music.

Having local success performing with his brothers, who were also aspiring rappers/entertainers, Dru had a taste of success and knew that he had what it took to make it in the music industry. He was on cloud 9 and ready to make major moves! But, in 2000, Dru’s world was shaken to the core, when his older brother was arrested and charged with attempted murder and sentenced to 42 years in prison. It was then that Dru’s passion for music changed. Overwhelmed over the physical loss of his brother John, Dru decided to take a break from music.

After graduating from High School, Dru briefly attended College on a basketball scholarship. But after only one year of playing ball, Dru began to feel like he was missing his true calling. Reconnecting with his desire of making great music and performing, Dru decided to step into the booth again. It was as if Dru had never put down his mic! The rush that he got from recording solidified his life’s goals and aspirations of being an artist and performer. Dru recommitted himself to the music game, and soon after became a member of the 2 man Hip-Hop/R&B group S.O. Allstars, with is “brotha from anotha mutha” Redd.

Dru and Redd had moderate success in the release of several S.O. Allstars mixtapes. However, creative differences and conflict of interest began to wear on the group, and both Dru and Redd decided to go their separate ways in pursuing their solo careers.

Today, Dru continues to grind hard in continuing what he started so many years ago. Dru recently completing his second solo album,The Urban Resume, and is wrapping up his third solo project, “The Memorandum” that is scheduled to release in June 2019. Driven by the dreams of success and sheer determination, Dru is moving forward with his musical aspirations and he has no plans of slowing down as he will reaches for his goals in the music industry.