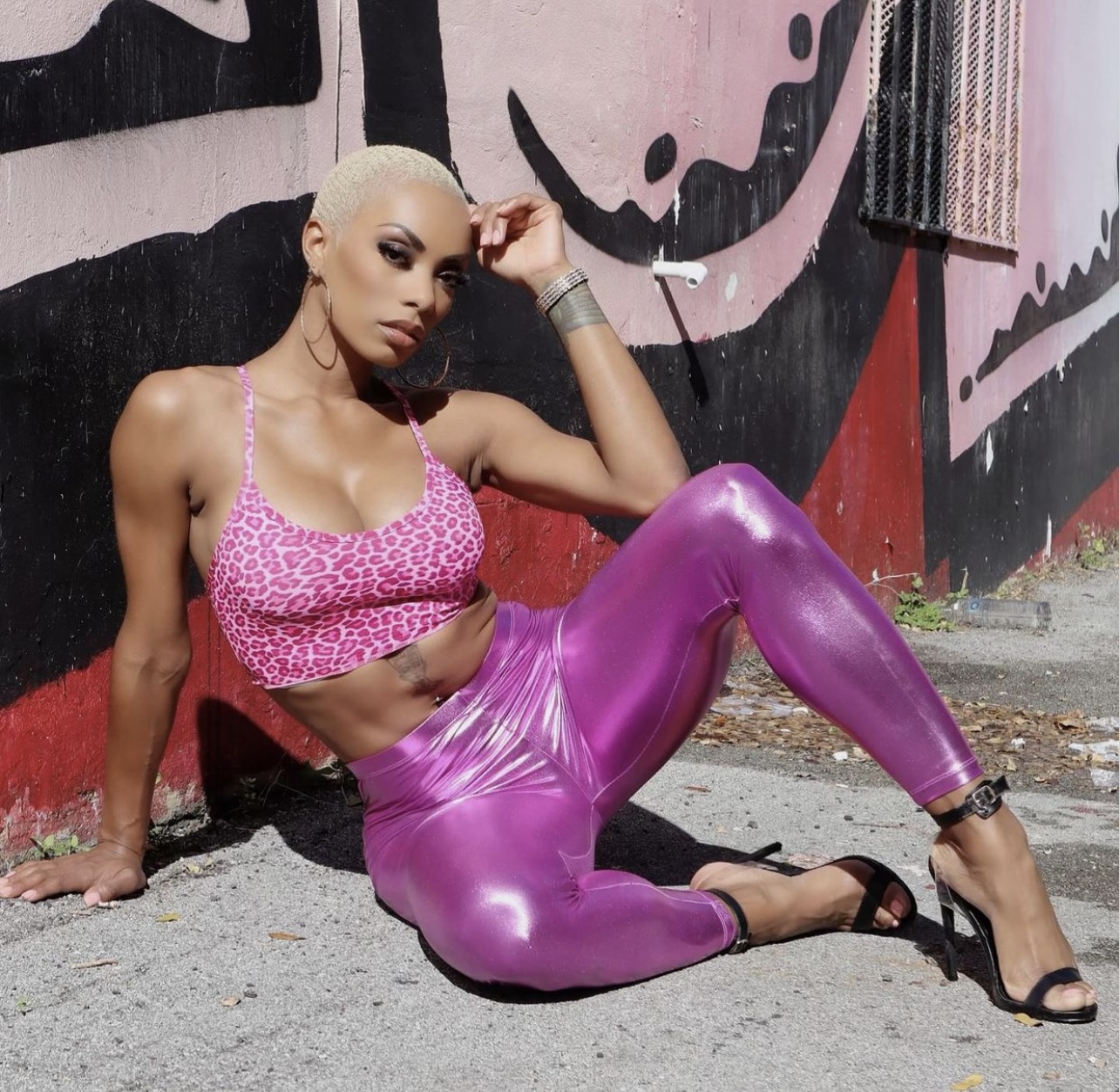 VANITY GARDNER – Extremely adept vocalist, statuesque, beauteous, and obsequious are just a few choice words that can be used to depict Chicago songstress Vanity. Vanity’s vocal talents were first discovered at the tender age of 5, while riding in the backseat of her mother’s car singing along with the radio to Shanice’s hit single “I Love Your Smile.” By the age of nine, Vanity sang in the choir of her mother’s church where she blossomed as a solo singer with a voice beyond her years and limitless potential. At 10 years old she was part of a female duo where her vocal skills were paired with a young female rapper. This experience fueled her hunger to become a professional singer and opened the creative door as a songwriter.

As a teenager, Vanity’s passion for performing led her to sing at festivals, talent shows and anywhere there was a stage and a microphone. She continued to hone her skills as a performer by fronting the top cover bands of Chicago. Vanity was introduced and shortly thereafter, teamed up with talented Miami producer Bigg D. Bigg D refers to Vanity as, “One of the most incredible young vocalist I have ever come across or worked with. Her four-octave vocal range is incredible and effortless; she is destined for greatness once the public and the music industry hear her.”

Well soon after they finally did! Major label Cash Money/Universal Republic discovered her music through the well-known Miami recording studio, “Hit Factory.” She blew owners Ronald “Slim” Williams and Bryan “Birdman” Williams away with her incredible sultry voice. Vanity’s first debut single release through the label was an up-tempo track titled, “What Happened To Us” featuring 2 Chainz, and produced by hitmaker Polow da Don. It was only released in the UK. After waiting with much anticipation for the label to fully press go on her project, Vanity chose to walk away from the Hip-Hop icons for the time being to pursue a new project and direction, and It looks to have been perfect timing for Vanity to take the independent route. Vanity has made it very clear though that she would be open to working with the Hip-Hop icons again in the future when the time is right. With R&B clawing its way back to the top of the charts and hearts of consumers. Betty Wright legendary Soul/R&B singer, who influenced a generation of female singer-songwriters says, “Vanity reminds me of a tiger. She has that tenacity, a real voice and unusual beauty, but she doesn’t have to rely on her looks; she has talent. She comes correct.” Vanity is also an incredible songwriter, she’s written for the likes of Yung Berg, Gorilla Tech, Cool & Dre, T-minus, The Runners, Drop, Polow da Don, Timbaland and many other talented producers. She is certainly not to be overlooked.

Vanity has reemerged with a new music project entitled “BLUEBIRD” produced by Prodigies Music, three producers that are international musicians. It’s a seven-song project that will be distributed digitally for free. When asked why Vanity chose the name “BLUEBIRD” as the title to her mixtape, she stated it symbolized Freedom for her. Her music career and personal life has been a non-stop rollercoaster ride that she didn’t have the strength to stand up, and end the ride until now. Vanity has created her own musical journey, and she has chosen to do so independently, her way, by her own rules. She is back with a new team of go-getters that are ready to soar through this music industry with an aerial view, and real music. R&B has always been the foundation of Vanity’s musical style, whether uptempo or ballads, she is ready to do her part in bringing real classic R&B, and R&B back to the forefront. You can expect her to take you on a journey of pain, healing, love, and self-discovery on this new project “BLUEBIRD.” This album tells a story, one that we may have all been through at least once or more in our life, and can relate to. Vanity is more than a triple threat, she is a beautiful disaster with golden vocals that will instantly have you enthralled, and mesmerized. Her wings are spreading and she’s ready to fly. This time Vanity will set her course and navigate. We ask that you hold tight, and buckle up for a ride filled with alluring ear therapy. Keep your eyes and ears open for Vanity. She is coming to take the industry by storm.